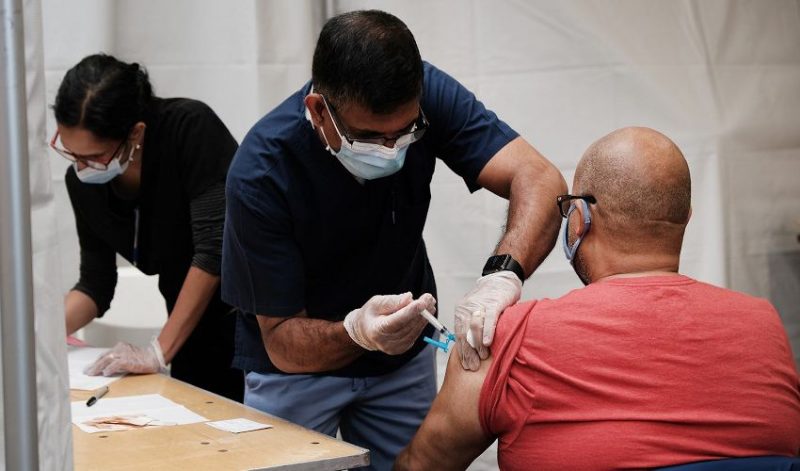 Unvaccinated Americans are at Risk of COVID-19 Variant

The vaccine has been one of the primary points of controversy in the United States. There has been a multitude of debates around the vaccine. With the COVID-19 variant, Americans have wondered should I receive the vaccine and does it help protect against COVID-19.

These issues have started to fade as the country has begun to reopen. However, there is a new narrative regarding people who have not received the vaccine. It was determined this week that unvaccinated Americans are at risk of an aggressive and more dangerous version of COVID-19.

Vaccinations Throughout the United States

The United States has made massive strides in inoculating the population. The country is approximately 45.1% vaccinated against COVID-19. A higher percentage is waiting for their second shot to defend against the virus.

Many states have vaccinated over 50% of their residents. Although, other jurisdictions, especially in the south, are lagging for vaccinations. Alabama, Arkansas, Louisiana, Mississippi, Tennessee, and Wyoming have the worst vaccine percentages in the United States.

None of these states have vaccinated over 35% of their population. This is still alarming for the government because 600,000 people have died in the country. The number is expected to rise amongst the unvaccinated population.

The latest craze in the United States is the Delta variant of COVID-19. Variants have been popping up throughout the world that has been more deadly than the original virus. The Delta strain is relatively new, but it’s believed to be more transmissible and cause worse symptoms.

It’s more likely to cause death in all age groups, so there is a reason to fear this strain with the country reopening throughout the summer. The US Food and Drug Administration has announced that the leading way to combat the Delta variant is through vaccinations.

Areas with a higher vaccination rate will not have as many issues with the strain. Former FDA commissioner Scott Gottlieb has been very forward with the Delta strain that’s sweeping the nation.

He said, “When we look across the United States, we see a wide variance in terms of vaccination rates. Connecticut, for example, where I am, shows no upsurge of infection, but Mississippi, Alabama, Arkansas, Missouri, show very substantial upsurges of infection. That’s based entirely on how much population-wide immunity you have based on vaccination.”

The FDA has been conducting more testing recently after the discovery of the Delta COVID-19 variant. It’s more prominent in areas in the south that have not received an adequate vaccination rate.

Normalcy feels like it has swept the nation, but health experts still claim that there is a long way to go regarding COVID-19.

There will not be any more massive surges of the virus, which is thanks to the substantial inoculation rollout since the end of 2020. CNN Medical Analyst Dr. Leana Wen has stated that the marketing of the vaccine needs to improve.

It has to be made available in areas where people haven’t had access to the injections before. She also claimed that the Delta variant would not be the final COVID-19 strain, which is why it’s critical to increase vaccinations.