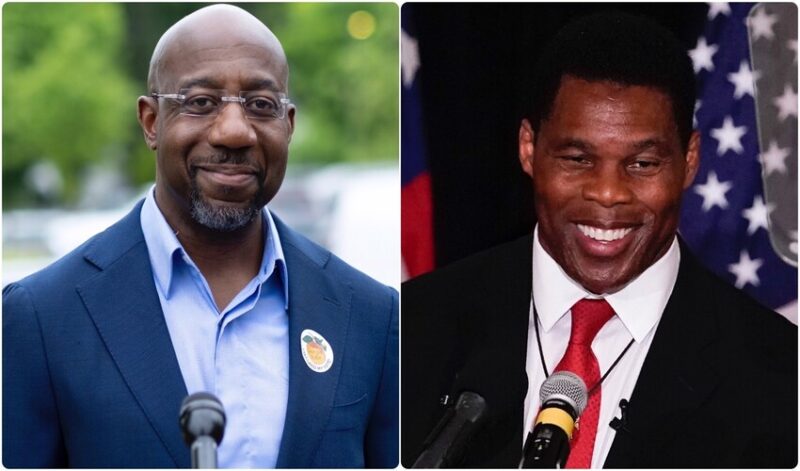 The US Senate race in Georgia between Republican challenger Herschel Walker and Democratic incumbent Raphael Warnock is going to a runoff set for December 6. Find here the 2022 Georgia Senate Runoff Odds & Betting Analysis.

The two candidates failed to earn more than fifty percent of the votes in the first round on November 8. Warnock finished first with 49.4%, and the former football great garnered 48.5% of the ballots.

This outcome creates a very interesting situation in terms of the balance of power in Washington, DC. The Democratic Party will hold the Senate no matter what happens in Georgia.

However, winning the state means the left-leaning party will have more leeway in how the Senate works.

Who is winning the Senate race in Georgia?

Before the November 8 election, most political experts had Walker in the lead with at least one percentage point. While a runoff had always seemed like the most predictable outcome, commentators believed that having Gov. Brian Kemp on the ticket would help Walker.

However, Kemp ended up dominating his race against Stacey Abrams, and Walker was only a close second. That is why those interested in election predictions give Warnock between 77% and 79% chance of winning the runoff election.

Jazzsports places the odds for a Warnock win at -465. The implied probability here is 82.3% in favor of the Democratic candidate.

Regarding the margin of the election, the popular site says that the odds for a Warnock win or loss with less than a 4.5% difference are at -145. That is close to 60 percent in terms of probability.

Unlike the November election, Warnock is slightly favored to win this time around.

Raphael Warnock is ahead for several reasons

It is easy to understand why the incumbent is currently leading the race. After losing the Senate, Republicans are less enthusiastic about returning to the polls in the month of December.

Moreover, with Kemp out of the picture, the conservative electorate that is not too familiar with Walker might decide to simply stay home.

The Trump factor is also an element worth taking into consideration. Former President Donald Trump, who is a Walker supporter, announced this week that he is running again in 2024.

Trump has removed a lot of attention from the Senate race. Additionally, with Trump still being in politics, Democrats will probably be more energized to stop one of his followers.

The Democratic Party will face a difficult Senate map in 2024, with many incumbents defending seats in a red state during a presidential election. So, it makes sense to claim a winnable race while it is possible.

A Republican win in Georgia would make the Senate a little harder to manage. It would be a 50-50 split with Vice President Kamala Harris as the decisive vote.

This outcome would be a continuation of the current status quo. After losing the US House of Representatives, Democrats are afraid of more deadlock in Congress.

A situation like this would limit President Joe Biden‘s ability to nominate judges. In short, Democrats are currently in the driver’s seat and want things to continue this way.