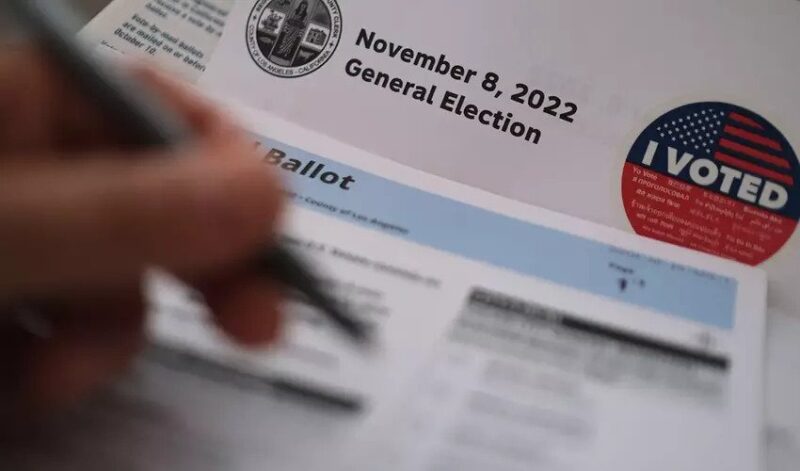 Many in the media predicted a red wave for the midterm elections on Tuesday. While the Republican Party is expected to win the House of Representatives, the US Senate will likely stay blue. Below you will find the latest 2022 Governor Elections Results.

Moreover, Democrats performed quite well in governors’ races across the country. The outcome was surprising because the party that holds the White usually does poorly during their first midterms in office.

The new political landscape will force the two parties to reevaluate their strategy as they start focusing on the 2024 presidential election.

Incumbent Joe Biden is looking slightly stronger now as his predecessor, former President Donald Trump, continues to tease supporters about a third run for the post.

Governorships might offer other alternatives if the two men decide not to run. Here are the results for the top governors’ races.

Races for governors that have yet to be called

The odds of winning were in her favor, according to JazzSports, and Kari Lake is likely to pull through.

Katie Hobbs is leading with +1.8 percentage points, but only 63% of the votes have been counted.

That is why experts are confident that Lake will win when all is said and done.

In Nevada, Gov. Steve Sisolak is one of the few Democrats who underperformed on Tuesday. The race has not yet been called for GOP challenger Joe Lombardo, but the incumbent is running five points behind.

Before the election, the odds were on the side of the Las Vegas sheriff.

In Oregon, a blue state, Democratic candidate Tina Kotek is leading her Republican counterpart, Christine Drazan, by just one point. However, only 67% of the votes have been counted.

Kotek had some momentum in the race in the final week of the campaign. Experts believe that she is likely to win in the end.

The race for governor in Kansas has been finally called. The Democratic incumbent is currently ahead by 1.5 percentage points. She was only slightly favored to win the reelection campaign against Republican Derek Schmidt.

Kansas is still a red state, but the left-leaning candidate still prevailed.

Other races for governor that have been called

The odds at JazzSports were always on his side throughout the race.

Democratic Governor Janet Mills has managed to win reelection pretty easily in Maine against her predecessor, former Gov. Paul LePage. She finished ahead by over 13 points.

The conservativewas no match for Whitmer, who is seen by many as the future of her party.

New Mexico Gov. Michelle Lujan Grisham has been able to finish her race on top, as indicated by the polls. Television meteorologist Mark Ronchetti ran a serious race, and the Republican Party invested some money, but it was still not enough.

He is losing by close to six points.

Democrats in New York were on edge, but they will retain the governorship. Kathy Hochul has managed to beat Republican challenger Lee Zeldin by more than five percentage points.

In short, Democrats had a pretty solid election night.

Get the latest 2024 US Presidential Election Odds & more at Jazzsports