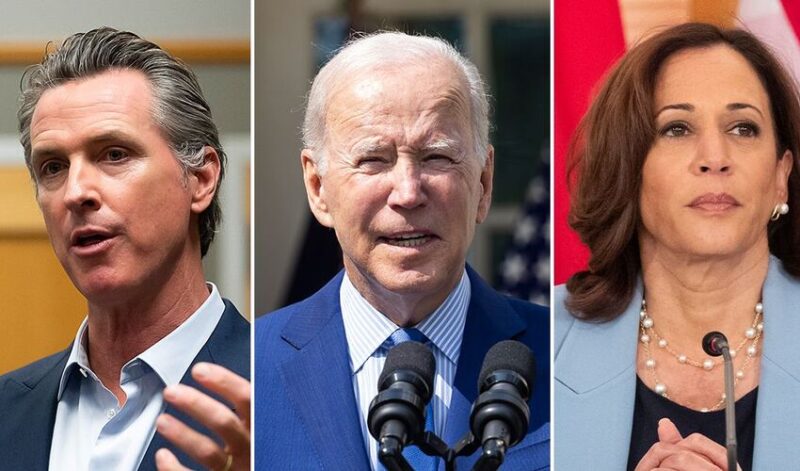 After the midterm elections, Democrats are feeling a little bit better about their prospects in the 2024 presidential election. The Democrats had one of the best performances in the first midterm election for the president’s party since 1962. Let’s dive into the Top Democratic Presidential Candidates for 2024.

They were able to do this in a political environment that is very challenging. President Joe Biden has below-average approval ratings, inflation is high, gas prices are still an issue, and Russia and China are on offense.

Despite the dim headlines, the Democratic Party was able to effectively tie Republican candidates to former President Donald Trump. The left-leaning side centered its message around the threat to democracy and the need to protect abortion rights.

The tactic worked, and many observers predict that it will be used again in 2024, especially if Trump ends up as the nominee of the Republican Party.

Democrats have some cards to play for the 2024 presidential election

Trump is running for his old job again, but he remains deeply unpopular with independents across the country. This is something that can play to the Democrats’ advantage.

Moreover, Trump is unlikely to cede the spotlight to Florida Governor Ron DeSantis, who has also shown interest in running for president. A brutal primary for the GOP could also help the Democratic Party.

There is a high possibility that Republicans in the House will overreach and make Biden more popular by being too partisan.

Economic experts expect inflation to decrease in the next year, so Biden could have a better story to tell American voters by the time they go to the polls in 2024.

President Biden has stated that he plans to go up for reelection in 2024; however, the news is not yet official, and he is 80 years old.

Vice President Kamala Harris is at +225 and 30% for the nomination. For winning the presidency, the numbers are +800 and about 11%.

If Biden and Harris decide not to run in 2024, which is unlikely, California Governor Gavin Newsom is a popular option with liberals. His odds for the presidency are +1000. The probability here is 9%.

In short, Democrats are probably not going to stand in Biden’s way if he decides to seek reelection in 2024.

Many of these ambitious politicians are already thinking about 2028 because a Biden-Trump rematch is the likeliest scenario at this point.

Republicans remain the favorites for 2024

Things are improving for Democrats, but Republicans are still in the driver’s seat when it comes to the 2024 presidential election, according to the prediction market.

According to JazzSports the odds of Republicans taking back the White House are estimated at -120. That is a 54.5 percent chance of coming up on top.

Those numbers mean that the race is going to be very tight and that Democrats can still retain the presidency. Moreover, the campaign has not yet started.

For the past two years, Republicans have been out of power in Washington. However, this is about to change after they captured the US House of Representatives.

Republicans will no longer be able to just blame Democrats for everything that is wrong. They will have to show some seriousness and help Biden govern where they can find agreement.