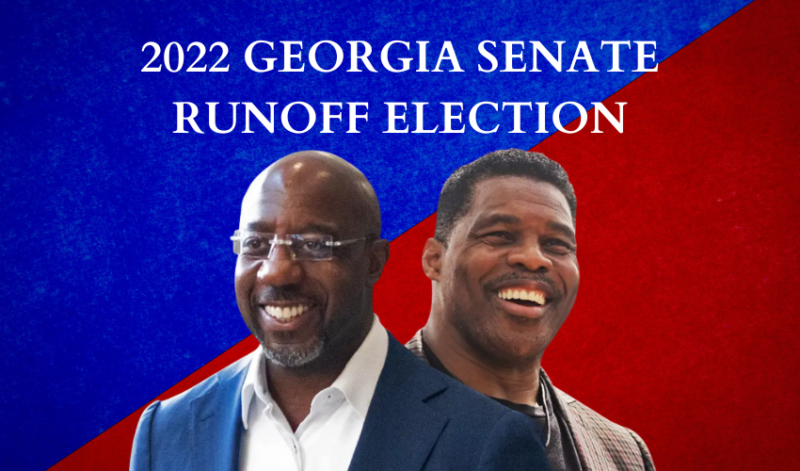 Sen. Raphael Warnock of Georgia, a Democrat, will face Republican candidate Herschel Walker in a runoff on December 6 despite the fact that Democrats have secured 50 seats in the Senate.  Notably, the runoff’s logistics will be different from those of previous years.

In less than two years, one of Georgia’s Senate candidates will fail to garner a simple majority of the vote for the second time in the election. Both Senate races in the 2020 election went to the second round of voting. In the end, on January 5, 2021, Warnock and Democratic candidate Sen. Jon Ossoff beat incumbent Republican Sens. Kelly Loeffler and David Perdue. The two Democrats’ victory sealed the party’s hold on the Senate. Here’s a look at the history of the state’s runoff system.

How runoff will it work in Georgia’s Senate Race?

The Georgia legislature passed a voting law last year that, among other modifications, reduced the nine-week period between the general election and runoff to just 28 days. The 98-page measure stated that the lengthy nine-week runoffs in 2020 “were draining for candidates, donors, and electors.” The runoff election for this year will be held on December 6. Voters who registered after the deadline, which was Nov. 7, the Monday before the midterm elections, won’t be eligible to cast ballots in the runoff.

Warnock and Ossoff’s victories in the runoff in 2021 gave Democrats their slender Senate majority and made them the first Democrats to be elected to the Senate in Georgia since 2000. Ossoff was chosen to serve a six-year term that would end in 2026. To fill the remaining two years of Republican Senator Johnny Isakson’s term when he resigned, Warnock won a special election. Warnock is now seeking reelection to a full term. President Biden was able to pass a $1.9 trillion COVID-19 relief package as well as a significant climate, health care, and tax plan with only Democratic support because of the party split in the upper chamber; where Democrats and Republicans each control 50 seats and Vice President Kamala Harris casts tie-breaking votes.