Ukraine’s President Zelensky presents a plan to end the war 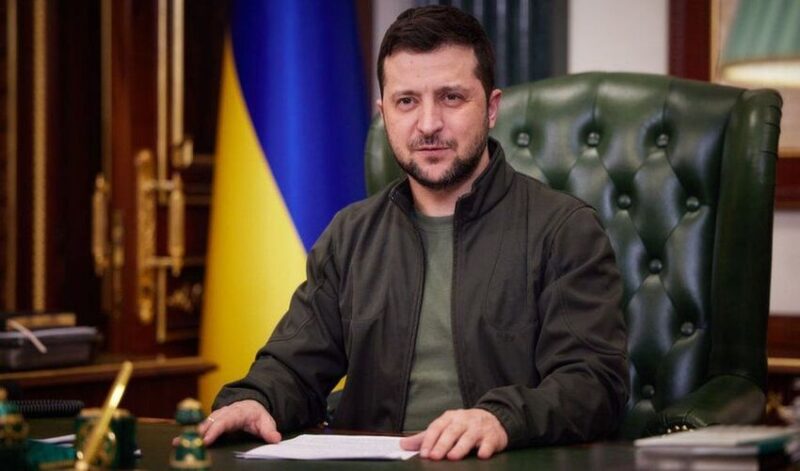 Ukraine’s President Zelensky unveiled a plan to end the nearly seven-month war between Russia and Ukraine on Wednesday 21st September 2022 at the annual gathering of world leaders at the U.N. General Assembly in New York.

The plan urged world powers to punish Russia and surge military aid to Kyiv in an effort to force Moscow forces out of Ukraine, which Russia invaded on Feb. 24.

In a 14-minutes nationally televised address, Putin warned the West that he was not bluffing about using everything at his disposal to protect Russia, an apparent reference to the nuclear arsenal.

A report by the Associated Press said that the total number of reservists to be called up could be as high as 3,00,000. Protests broke out in several Russian cities denouncing the mobilization. According to the OVD-Info protest monitoring group, security forces detained 1,311 people in 38 cities.

Apart from widespread protests, Putin’s announcement regarding the mobilization also sent some Russians scrambling to buy plane tickets to flee the country.

Russia not serious about ending war

Zelensky said that Russia is not serious about ending the war in his country, which will soon enter the eighth month.

“Russia wants war, it is true, but Russia will not be able to stop the course of history,” Zelensky said.

The remarks were an implicit rebuke of non-Western and developing countries who called on Ukraine and Russia to immediately engage in a negotiated end to the conflict.

“Russia will be forced to end this war; the war it has started. I rule out that the settlement can happen on a different basis,” Zelensky said.

As a part of his plan, the Ukrainian President called for a special tribunal to hold Russia accountable and also demanded a compensation fund, saying that Moscow should pay for this war with its own assets.

He further mentioned that Russia was afraid of real negotiations and does not want to fulfill any fair international obligations. Zelensky said the whole international community wants peace except for Russia.

“There is only one entity among all U.N. member states who would say now, if he could interrupt my speech, that he is happy with this war, with his war.”

Zelensky said Ukraine would regain its territory but that it would take time and require military force. He renewed his demands for nations to send military aid to Ukraine so that it can repel Russia’s better-equipped forces.

UN Secretary-General Antonio Guterres told a security council meeting on Ukraine that talk of a nuclear conflict is “totally unacceptable” and any annexation of a state’s territory by another state through the threat or use f force is a violation of the UN Charter and international law.

Don’t forget to check the U.S 2024 Presidential Election Odds. Follow us on Social Media for more about Ukraine-Russia News updates.