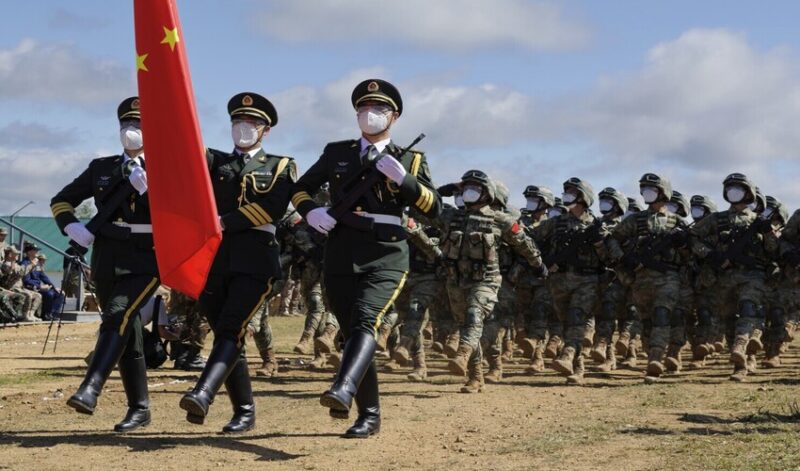 Amid tension with the Western Alliance and the United States, Russia is increasingly getting closer to China. If the Russian invasion of Ukraine is any indication, this new partnership could pose a serious threat to the global order. Continue reading more about Russia and China latest news.

Thursday, Moscow and Beijing took their collaboration to the next level by launching wargames that will last until September 7. The so-called Vostok 2022 exercise has one primary goal to strengthen cooperation between the two superpowers in different areas, especially in terms of defense.

Russia also wants to send a strong message to the world. The country can conduct large military drills while still fighting in Ukraine.

Russia and China are pushing a new alliance on the international stage without giving it a proper name. The partnership is not limited to the two countries; they have some allies like Iran and India.

While India is trying to maintain a relationship with the US, it is not closing the door on Russia. It will send some troops for next week’s drills.

Nicaragua, Laos, Mongolia, and Syria will also be part of the large-scale exercise. The whole defense display will involve 140 aircraft, 60 warships, 5,000 weapons units, and 50,000 troops. The action will spread from Russia’s far east to the Sea of Japan.

Russia’s defense ministry says the operation will focus on sea communications and support from ground troops in coastal areas. It will also cover marine economic activity. All of these moves will continue to bring the two nations closer.

Moscow and Beijing have a growing partnership

The main reason for this partnership is the global vision that Russian President Vladimir Putin and Chinese President Xi Jinping share. They want to be able to counter the American hegemony on different levels.

For example, China has avoided criticizing Russia’s invasion of Ukraine. The move complicated things for the US, as the Biden administration was trying hard to get the world to isolate Russia.

The Chinese government blamed the US for what occurred in Ukraine. They said the expansion of NATO that the US encouraged is the driving force behind the Russian aggression.

Russia has returned the favor by having China’s back on the issue of Taiwan. Moscow made the support clear when US House Speaker Nancy Pelosi traveled to Taiwan earlier this year.

Beijing threatened the US over Pelosi’s trip, and Moscow was more than pleased to be in a supporting role here.

Russia and China’s alliance is a problem for the US

The two rebellious countries are more aligned by the day, and the Western Alliance has not been able to offer a comprehensive response. President Joe Biden has put a lot of effort into playing a bigger role in Asia, but this will take time to materialize.

A tactical move would be to find areas of agreement with the two countries in the hope of dividing them. However, Putin and his Chinese counterparts have shown that they master the game of chess diplomacy.

What is clear is that Russia and China are sending a message to their common rival. They now have ways to pressure the US and get more of the things they want.

Don’t forget to check the U.S 2024 Presidential Election Odds. Follow us on Social Media for more about Russia and China updates.