Protests in Minneapolis set the streets on fire 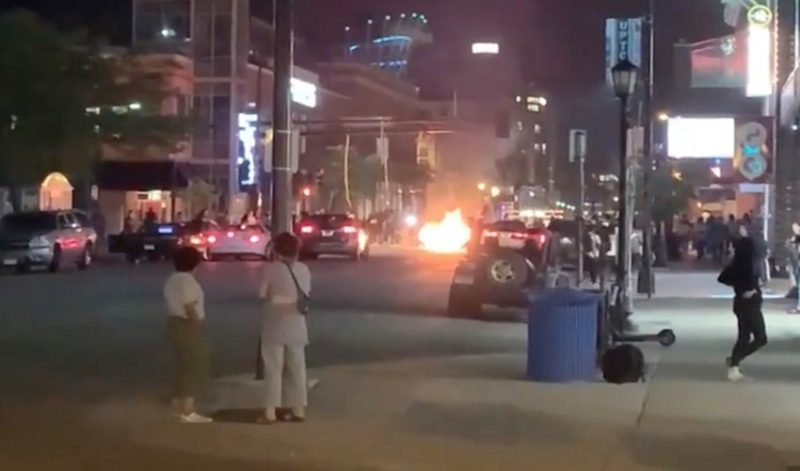 Protests in Minneapolis set fires, stole businesses, and mocked policemen on Thursday after cops shot and killed a fugitive who displayed a handgun as authorities closed in on him.

Officers attempted to revive the man, but paramedics on the spot declared him dead. According to the statement, a woman in the car with the suspect suffered minor injuries from shattered glass.

Protest group organizers admitted that they were responding even when they didn’t “know anything” about the shooting.

The protests took place about 3 miles from where George Floyd was shot and murdered by ex-cop Derek Chauvin in May of last year, with nearby businesses still boarded up from previous riots, according to the local paper.

As soon as workers removed concrete barriers and parts of the memorial blocking the street. Around 150 protesters there started parking cars and piling pallets in the streets again.

According to reports, several people stayed to talk about their future plans, with the audience shrinking as word of the incident spread.

As the city tries to enforce the new area, which will preserve the several-foot-tall statue of a raised fist; Mayor Jacob Frey said, “it will be a bit touch and go and challenging over the next several days.”

All of the policemen involved in the most recent police shooting have been placed on administrative leave. The inquiry will be led by the Minnesota Bureau of Criminal Apprehension.

Thursday’s shooting comes as the city grapples with last year’s killing of George Floyd during his arrest in Minneapolis last year; and with the murder conviction in that case of former police officer Derek Chauvin.

Get REAL, UNBIASED coverage of the latest political news from our experts at World Politics News.
Follow us on Social Media to receive instant updates.