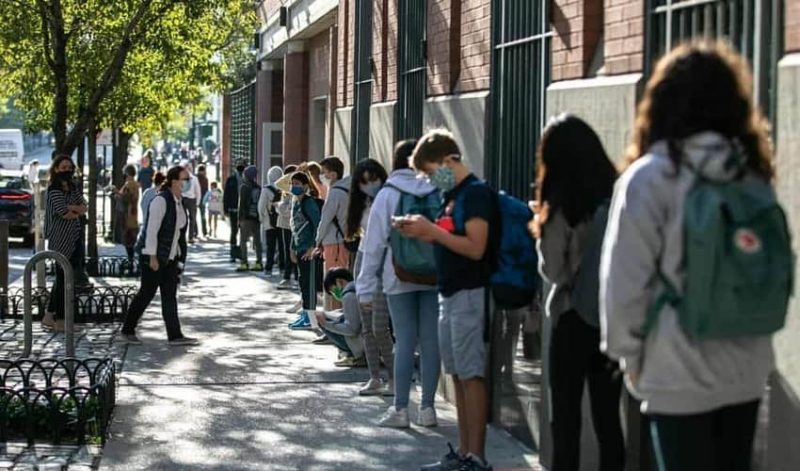 NYC high reopens high schools in March 22, which is excellent news for children, parents, and many teachers in the metropolitan area.

Over the past month, the media narrative in New York has circulated Governor Cuomo’s sexual harassment allegations and the nursing home scandal. These headlines have been overshadowing the news that the city is beginning to reopen.

COVID-19 numbers are down in New York City. Because of lower numbers, the New York City school district allowed public middle schools to reopen on Thursday, February 25. Public elementary schools opened in the fall in New York City, which was monumental, but now New York City is taking even more significant action.

The New York City School District is the largest in the country, but the COVID-19 pandemic has closed high schools for more than a year. High schools are the final level of education to reopen in the state.

Education has been a point of criticism for de Blasio before the Cuomo allegations consumed the media.

There are 488 public high schools in New York City that educate 55,000 students. To keep schools running, the district requires 12,000 to 17,000 staff members, according to the New York Department of Education. The exact number of educators returning to teach is still uncertain. The students, who have not been in school since March of 2020, were significant advocates for classes resuming.

All 488 high schools will reopen, and around half of the institutions will operate at 100% capacity. Some schools will take on a hybrid approach to limit the number of children in a classroom at one time. Social distancing and mask protocols will be instituted for all the schools.

The New York Department of Education is pushing the school to get back to full capacity as soon as possible because of the number of time children spent at home during the pandemic.

Teachers will return to buildings on March 18 to set up their classrooms. Experts consider New York City schools very safe because there has only been a .57% COVID-19 positivity rate in classrooms since elementary and middle school teaching resumed.

The state allowed children of younger ages to resume in-person learning because they faced the most difficulty with online learning. Additionally, younger students had a lower virus transmission rate.

Interscholastic athletics and activities are critical to a child’s development. New York City sports will return in April. Mayor de Blasio thinks enough measures were established to bring back sports safely with children in the classroom.

Schools will bring back sports in phases with strict safety measures. Spring competitions and sports from the fall and winter will be moved outside and pushed into the summer to ensure a meaningful slate of games occurs.

There will be no spectators at all competitions for the rest of the school year.