New Zealand reopens to tourists and looks past COVID era 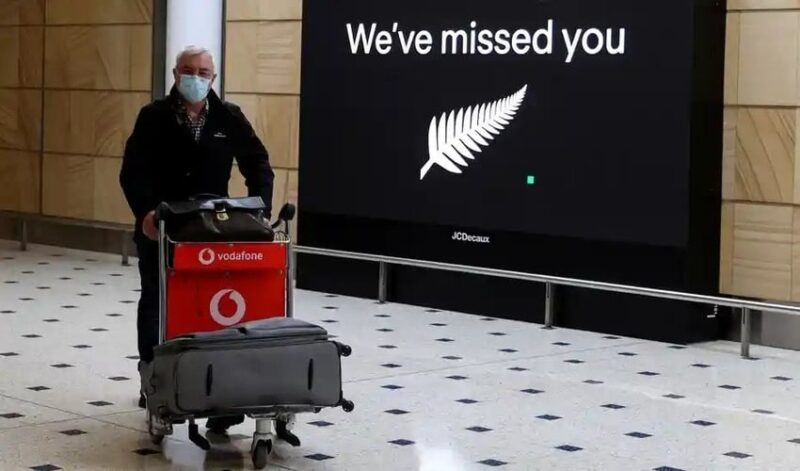 New Zealand reopens and is changing course for good. After pushing some of the toughest restrictions in the past two years to fight the coronavirus pandemic, it is taking a new route.

New Zealand reopens to some tourists ahead of ski season

Tourists from 60 countries can now travel to the country. Most of the remaining COVID-19 restrictions were lifted on Monday, and many are celebrating.

Before the pandemic, the tourism industry represented close to 5% of the country’s economy. This translated into over 3 million tourists annually. With the ski season fast approaching, many observers say this will be a big win for the sector.

New Zealand has long advocated for a zero-COVID policy. However, the Delta variant of the virus forced a change in direction in 2021. At that point, it was revealed that the country would live with the virus instead.

According to its health protocol, the country is in orange and reported 9,109 new community cases of COVID-19 on Tuesday. However, it is still moving forward with opening its borders to tourists.

The visitors will still have to follow some rules. They have to be fully vaccinated and must be tested before and after arriving in tNew Zealand.

Tourism Minister Stuart Nash said it was a big day because the country was reconnecting with the rest of the world.

However, the big leap forward only concerns visa-waiver countries. This means tourists from China and other countries are still not allowed in New Zealand.

Three weeks ago, New Zealand started testing the water by opening its door to visitors from Australia. The border opening policy was announced seven weeks ago, and over 90,000 have booked flights to the country since the news broke.

Prime Minister Jacinda Ardern said the tourism industry in her country was ready to handle the change of pace.

Arrival terminals at New Zealand’s international airports were filled with emotional people as the country turned the page on the COVID-19 era.

Twenty-one international flights arrived in the country on Monday. 80% of residents in New Zealand are vaccinated.

While many are celebrating the news, others are still protesting. They want all the restrictions to be lifted. Moreover, the fact that countries with big spenders like China are still excluded means the industry is going to receive a smaller boost.

The restrictions for China and India are expected to be lifted in October. Ardern also said that there are no plans to ease the vaccination and testing rules right now.

The peak summer season will begin in the Southern Hemisphere in December. It will be interesting to see if the government will adopt a different strategy by then.

Was the old policy worth it? Well, officials in New Zealand seem to believe that it was the right call. The country has recorded 713 deaths for a country of over 5 million people.

However, while residents were supportive of the restrictions at first, a backlash started brewing last year.

If the response from this week is any indication, there is not going to be any turning back from New Zealand when it comes to COVID-19 policies.

The Pacific nation is finally joining other developed countries in choosing to forge ahead with the virus.