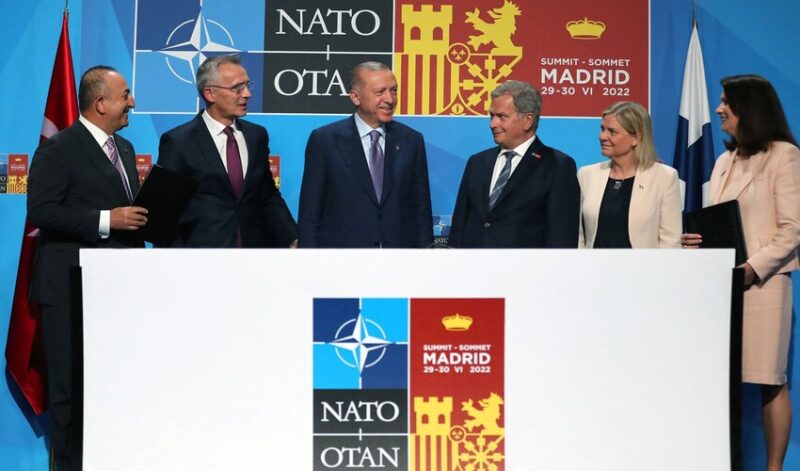 The latest Russia-Ukraine updates cover a country that is slowly coming to terms with the cost of the invasion.

Ukraine believes that it will take a lot of investment from the Western world to rebuild the nation.

This evaluation comes at a time when it is still trying to contain progress from Russian troops in certain key areas. The invasion is also a turning point for many European countries.

They want to make sure what happened in Ukraine does not occur within their borders. The upcoming months will probably redefine alliances around the Old Continent.

All the maneuvering is happening as the war seems to have no end in sight.

For the wartime leader, his country will need help from democratic forces to rebuild. During a virtual address, he insisted that all civilized nations need to join hands in this effort.

For him, it is about making humans human again. According to Zelensky, democratic forces need to come together on this project.

Ukrainian Prime Minister Denys Shmyhal says that his country will need at least $750 billion to rebuild. Shmyhal states that direct infrastructure losses have reached over $100 billion.

At this time, it is not really clear what this effort will look like.

However, European Commission President Ursula Von der Leyen has offered to lead the way in terms of strategy and vision.

As some turn to the future of Ukraine, its present remains quite bleak.

Russian troops did not spare Sloviansk on Tuesday. At least one individual was reported dead after the Russians made their presence felt in the area. Seven others were injured.

The information was reported by the city’s military administration. Local authorities are still evaluating the damages.

Donetsk cities like Sloviansk and Kramatorsk are the next targets for the Russians.

The entire Luhansk region is already close to being under the control of Russian forces and their allies.

Despite this negative spiral, UK Prime Minister Boris Johnson told Zelensky during a call on Tuesday that he is still hopeful.

Mr. Johnson said to Zelensky that he thinks Ukrainian forces can regain some of the lost territories.

The UK is sending new weapons to Ukraine and is not wavering in its support, according to Johnson.

NATO is moving forward for Sweden and Finland

Russia might be destroying a significant portion of Ukraine, but it is failing with one of its top goals.

Russian President Vladimir Putin has always said the expansion of NATO was one of the reasons behind the war in Ukraine.

While Ukraine is not joining NATO under current circumstances, the alliance is still expanding.

The process of including Sweden and Finland in the organization is advancing.

After members signed protocols of accession on Monday, Jens Stoltenberg, the 13th secretary-general of NATO, called the moment “historic.”

With the latest moves, Sweden and Finland will end their decades-long neutrality. Observers say Russia’s invasion of Ukraine made this process inevitable.

The war is reshaping the world, and it is not clear that is the exact outcome Putin wanted when he launched the attack on Ukraine.