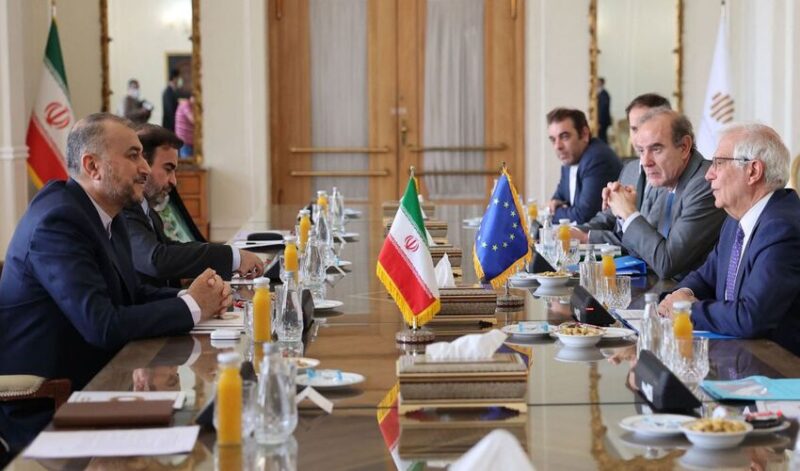 The new Iran nuclear deal is moving ahead, according to Josep Borrell, the foreign policy chief of the European Union. However, a significant obstacle remains — the United States and Iran have to approve the final text.

For Mr. Borrell, the negotiation phase is over. The following steps in this lengthy process are political. Despite the fact it is very popular with some groups, a nuclear agreement with Iran is still a very controversial issue.

During the tense negotiations, the US and Iran used the EU as a mediator. This tactic seems to be working as the revival of the so-called Joint Comprehensive Plan of Action is closer than ever.

Officials at the State Department are signaling that they are ready to get a deal. They believe the current text is the best agreement they can get under current circumstances.

If the Iran nuclear deal completes its revival, it would be a stunning development four years after then-President Donald Trump decided to leave the agreement with Iran.

Mr. Trump said at the time that his predecessor, President Barack Obama, got a very bad deal, and he dumped the old one in order to get a better one.

However, his plans never materialized because two years later, he lost reelection. Moreover, Iran has used this time to violate the terms of the previous agreement and to develop its nuclear program.

While it was a controversial move in terms of foreign policy, Trump was able to score some political points with the withdrawal.

The Biden administration is trying to move quickly with a new deal because it would be a big win for a president who is facing bad poll numbers.

He has been lining up political wins in the past few weeks; this agreement would look really good on his resumé. However, there is more to this situation.

If Iran returns to the good side of the international community, this would be an excellent thing for the price of oil. Skyrocketing gas prices are the driving forces behind soaring inflation.

Biden and many developed countries want Iranian oil to save the day, and a new Iran deal is the way to get there.

Skepticism remains in some corners. Critics say that Iran will never fully cooperate and that Biden, like his old boss, Obama, is being too soft on Iran.

Israel, a key ally of the US, is really divided over the agreement. The hawks see the deal as

unworkable. Moreover, while Iran seems ready to stay at the negotiation table, the country is not really showing its hands.

Iran prefers to throw some cold water on the steps ahead. Many believe that it is a tactic to get the best possible offer. Tehran is still pushing on some previsions.

Those issues need to be resolved soon because 2024 is already close. The next US election could derail everything because the issue could be used against the Democratic Party and Biden.

Iran is accused of running a clandestine nuclear program. However, it maintains that all of its nuclear activities are peaceful.

Don’t forget to check the U.S 2024 Presidential Election Odds. Follow us on Social Media for more about the Iran Nuclear Deal latest updates!