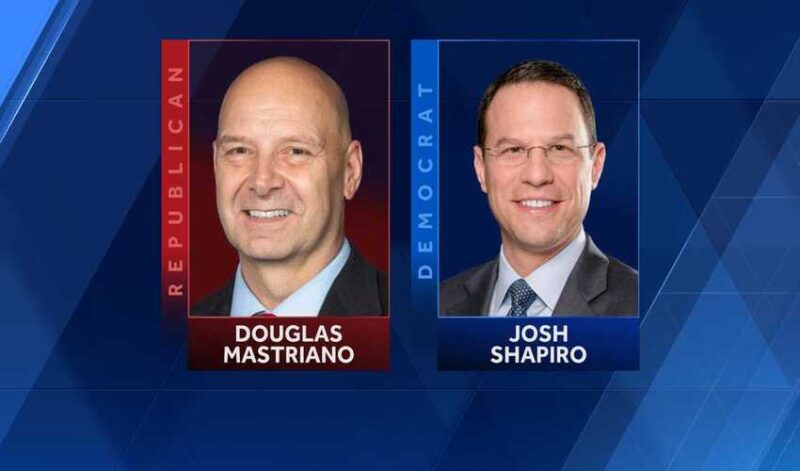 Governors Races In Pennsylvania And New Mexico Give Democrats Some Hope

Democratic politicians across the country are coming to the realization that the backlash over the Supreme Court’s decision on abortion will not save them. For months, they were hoping that would be enough to overcome natural laws of politics regarding midterm elections in America.

Historically, the party holding the presidency almost always loses seats in its first midterm battle. There are very few exceptions to this rule, and they often involve a national crisis of epic proportions like the September 11 terrorist attacks in 2001 (George W. Bush was in the White House) or the Bay of Pigs Invasion in 1961 with John F. Kennedy as president.

Democrats tried their best to bring a lot of urgency to the debate over abortion and women’s rights. However, most voters, women included, have other issues in mind.

Since Labor Day, the Republican Party was able to keep the focus on problems like inflation, immigration, and crime. While most observers say the country is doing relatively well when compared to other developed nations, voters do not agree.

They blame President Joe Biden for soaring gas prices, a southern border in shambles, and the overall state of the economy. The leader of the free world has approval ratings hovering around 40%. That is not enough to boost candidates in his party running for office.

The US House of Representatives is set to go Republican after November. Democrats had a slim majority there. The Senate might remain Democratic, but everything needs to break the incumbent party’s way in the next two weeks.

Democrats can find a silver lining in races for governor in states like New Mexico and Pennsylvania. Democratic Gov. Michelle Lujan Grisham is ahead in The Land of Enchantment, while State Attorney General Josh Shapiro is favored against a MAGA Republican.

New Mexico is a Democratic state that voted for Biden overwhelmingly against former President Donald Trump in the 2020 election.

Moreover, Grisham won her race for governor in 2018 with close to 57% of the vote against former Republican US Representative Steve Pearce.

All these elements point to an easy race for Grisham. However, it has not been the case. Republican challenger Mark Ronchetti, a former meteorologist, has been able to put Grisham on defense on a wide range of issues.

Ronchetti has never held public office, and Grisham has a lot of experience in the matter. Before becoming governor, she was in the House for six years. The Republican lost a Senate race in 2020, but his party is investing a lot of money and thinks he can win the election in November.

He is pushing the reduction of crime as a top priority, along with a law and order message. Mr. Ronchetti is adopting a centrist posture on abortion with a ban set at 15 weeks.

The conservative, who says he will listen, is currently trailing Grisham in the average of polls. Grisham is at 52.5% versus 45.1 for Ronchetti. Libertarian candidate Karen Bedonie is far behind at 2.4%.

Experts say the incumbent governor has an 88% chance of keeping the seat. That is a comfortable lead, but Grisham is not resting on her laurels. In an election that favors Republicans, anything is possible down the stretch.

The first Democratic Latina governor in the country wants to defend abortion rights and build on some of the campaign issues of her first term in office, like child care and expanding education.

A popular website for political futures JazzSports.ag has the odds of a Grisham win at -500. This number gives her an 83.3% chance of coming out on top.

In clear, Ronchetti can still make a comeback, but Grisham is the favorite in the race. Shapiro is in the same position in Pennsylvania.

Trump-backed Republican candidate Doug Mastriano has faced a lot of criticism since winning the GOP nomination in the race for governor. He is described by many as a Christian nationalist.

The far-right politician is a state senator who has built an entire campaign on defeating evil. He has embraced fringe ideas like the 2020 presidential election was stolen.

Mastriano has avoided the press and prefers to rely on social media to reach his supporters. Because of some of his extreme views, many mainstream Republicans have decided to stay out of the race.

Moreover, he has been accused of flirting with antisemitic ideas. The conservative candidate’s unique approach to running for office has left a lane wide open for his opponent to run a moderate campaign.

The tactic seems to be working for Shapiro. He has run a race that is centered on ideas like eliminating four-year college degree requirements for some state jobs.

Shapiro also wants to reduce taxes, among other things. He was able to garner many endorsements from state newspapers. In terms of polling, things are also going well.

He has 53.3% versus 44.7% in the average of polls. Political forecasters say that Shapiro has a 94% chance of getting elected governor of Pennsylvania. Unless there has been a massive polling error, those involved in politics say the Democratic candidate will replace Tom Wolf, another Democrat who has served two consecutive terms.

The betting market as illustrated by the odds at JazzSports.ag also has the same view about the race.

A Shapiro win has odds at -550, and Shapiro is behind with +375. The probability is close to 85% in favor of the Democratic candidate.

In short, Mr. Shapiro almost has the race on lock.

Governors races matter more than before

After the debacle of the 2020 election for president, local races are more important than ever. That is why the two parties have poured an impressive amount of money into winning.

The elected officials will play a huge role in determining the outcome of the next presidential election in 2024. Trump and his supporters are already signaling that they will contest elections with close results.

While New Mexico is not really a swing state, it has voted Republican in the recent past, with Bush in 2004. Pennsylvania has backed Trump in 2016. Democrats will be relieved to see their candidates performing better in those states than the national average.

2022 US Gubernatorial Elections Odds for Pennsylvania and New Mexico

Don’t forget to check the latest betting odds political. Follow us on Social Media for more 2022 US Gubernatorial Elections Odds, and Governors Races In Pennsylvania updates. Go to politics betting for more news