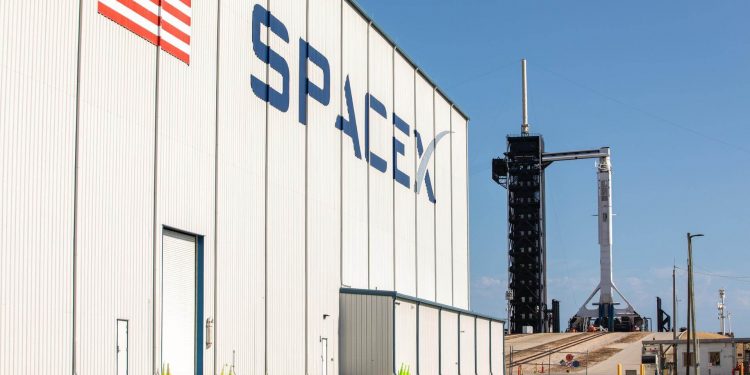 NASA and SpaceX are ready for liftoff after weeks of delay

After weeks of delays, the liftoff will take place at NASA’s Kennedy Space Center in Cape Canaveral, Florida, at 9:03 pm. Close to twenty-two hours will be necessary before the crew reaches the space station that is 250 miles or 400 km above Earth.

Everyone involved in the launch is ready, and the mission is expected to last six months. The crew will find two cosmonauts, a Russian and one Belarus, and an American astronaut at the space station.

The launch was initially set for October 31. However, many obstacles stood in the way, including bad weather and a medical issue with a crew member.

At the time, NASA refused to share more details about the situation, including the astronaut’s identity. The agency simply indicated that it was not an emergency and it was not related to the COVID-19 pandemic.

The last time a medical problem with one astronaut delayed liftoff was in 1990. Mission commander John Creighton was ill, and the launch was delayed for three days.

NASA and SpaceX’s partnership is a plus for the industry

The collaboration between NASA and SpaceX has been good for the industry. NASA had stopped flying space shuttles in 2011. In the past two years, NASA launched three crews into orbit using a SpaceX vehicle. Today’s team will be the fourth if all goes according to plans.

This mission comes at a moment when there is a real focus on space tourism. The media cannot stop covering the competition between SpaceX, Blue Origin, and Virgin Galactic Holding Inc.

Blue Origin, which belongs to Amazon founder Jeff Bezos, helped actor William Shatner become the oldest person to fly into space at the age of 90. Investor Richard Branson is behind Virgin Galactic.

SpaceX and Blue Origin are fighting on different fronts

The three rivals want to take control of this emerging market, and they are not holding back.

They are fighting hard to innovate, but the battle is also in courtrooms.

Blue Origin had sued NASA for awarding a $2.9 billion contract to SpaceX in April. Bezos’s space company did not prevail.

SpaceX is tasked with building the first “commercial human lander” as NASA tries to fly the first woman and also first person of color to the moon by 2024.

Blue Origin and SpaceX are also doing everything in their power to gain more leverage in the political world. The two space companies spend a lot of money on lobbyists to expand their influence in Washington.

Musk’s SpaceX spent $1.8 million on lobbying in the past year alone. Bezos’s Blue Origin is not far behind at $1.4 million. Similar amounts were invested last year.

For the time being, SpaceX seems to be slightly ahead of its main competitor. Virgin Galactic has been a bit quieter.

Get REAL, UNBIASED coverage of the latest political news and more US news and World news, and 2021 Virginia Gubernatorial Election Odds.

Follow us on Social Media for more latest news from all around the world!