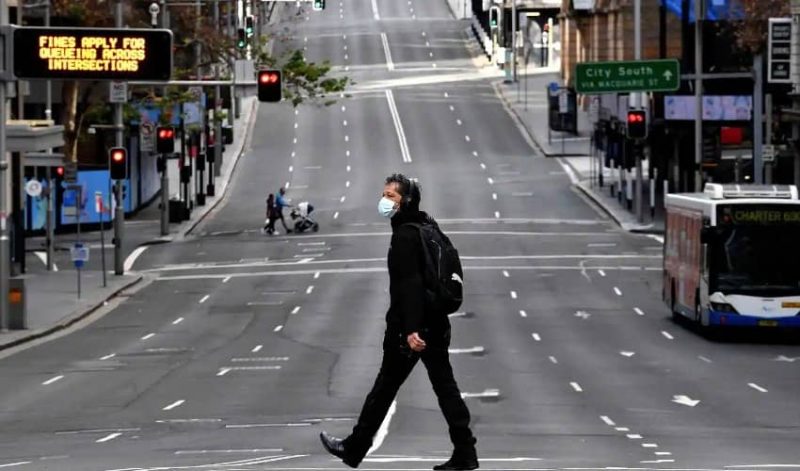 Examples are continuing to rise throughout the world, proving that the COVID-19 pandemic is not over. Many COVID-19 issues as of late have been occurring in low-income nations because of lack of access to vaccines. However, Australia is having trouble with COVID as a new strain is sweeping the nation. More than 12 million Australians, close to half the population, are under a mandated Australia lockdown. The delta coronavirus strain has been very deadly in the nation, which gave the government no choice but to enforce a lockdown.

Details of the Australia Lockdown

On Tuesday, Brisbane became the fourth regional capital in Australia to go under lockdown because of the Delta COVID strain. As a result, everyone must stay in their homes except for important reasons like shopping and exercising.

All lockdowns have started at three days, but the local government is likely to expand the mandates throughout the nation. The four regional capitals that have enforced stay-at-home orders are Brisbane, Perth, Sydney, and Darwin.

Criticism Towards the Prime Minister

The delta strain has been sweeping the nation because of a slow vaccine rollout. Many people feel that this tardiness falls on Prime Minister Scott Morrison. The delta variant is escaping the nation’s hotels which are being used for lockdowns.

The other connections to the delta variant have been through mining workers and airline crew members that have flown around the nation.

Prime Minister Morrison has not valued the vaccine like other countries throughout the world. Australia limited international travel early and relied on testing. This worked for a short period, but COVID-19 still spread, and the nation is feeling the effect of a slow vaccine rollout.

Nations have been opening economies and putting COVID in the rearview this summer. Australia is a step behind, and it will hurt the people in the nation for years if a solution is not determined shortly.

The current strategy has proven to be ineffective against the delta variant. Queensland Deputy Premier Steven Miles has been outspoken about how strategies must change throughout Australia.

“Right around the country right now, there is a lot going on with this pandemic. The outbreaks could all “be traced back to international arrivals. In fact, every day we have new cases in hotel quarantine from people who have traveled from overseas. Our international borders are supposed to be closed.”

He is not the only local government official that has criticized the strategy from the national government.

Since the pandemic started, this is the worst it has been in Australia.

Morrison has stated that he is keeping people safe through lockdowns, and foreign leaders have admired his handling of the pandemic. Nevertheless, this has seemed like a way for the prime minister to limit the mounting criticisms.

Some elections are expected to be held by May of 2022, and Morrison’s opposition has used the pandemic to bring down support for the leader. The Labor Party, which is running against Morrison, has said that the flawed quarantine system is killing people every day. However, the Prime Minister is not doing anything significant to prevent fatalities.

Get REAL, UNBIASED coverage of the latest political news from our experts at World Politics News.
Follow us on Social Media to receive instant updates.