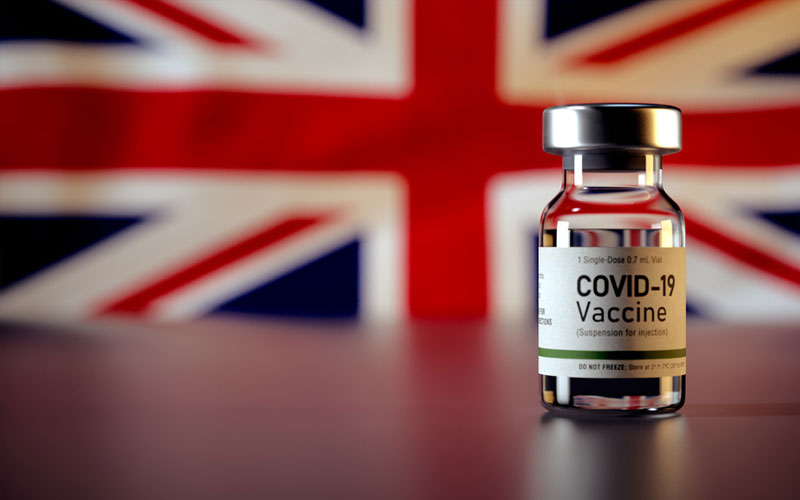 AstraZeneca Vaccine study; The United Kingdom made the decision to delay the second dose of the AstraZeneca vaccine; in order to focus on vaccinating more people. This decision was met with some objections, but a recent Oxford study shows that this was the right judgment.

Also, the efficacy rate of the entire vaccine improved with a delayed period between the first and second shot. The study showed that the first vaccine shot becomes 76% effective 22 days after it’s received. From day 22 to day 90, the vaccine is 76% effective; and protection did not diminish over the course of this entire time period.

This study was published on Tuesday of this week in The Lancet Medical Journal. The efficacy rate became 82.4% when there at least a 12-week gap; between the first and second dose of the vaccine. The efficacy rate of the AstraZeneca vaccine was only 54.9% when the second shot was given less than six weeks following the initial dose.

The United Kingdom has taken a different approach than other countries throughout the world. Their strategy is to vaccinate as many people as possible with the first dose of the COVID-19 vaccine.

The UK wants to delay the second dose for up to 12 weeks. This is the right call, according to the previous study by the University of Oxford. This will provide British citizens with the vaccine’s most efficient level of protection.

The vaccines are still in a limited supply, so the UK wants to protect more citizens with one dose rather than give fewer citizens both shots of the AstraZeneca vaccine; this decision was criticized prior to Oxford’s study being published this week. Critics believed that delaying the second dose would lower the efficacy of the entire vaccine.

The UK’s Joint Committee on Vaccination and Immunisation supported the approach prior to the study being released. The UK is also delaying the second dose of the Pfizer vaccine. There is no support for delaying this vaccine, so critics are still making their opinions clear on this decision.

Pfizer even warned the United Kingdom against this decision; but health officials in the country have not listened at this point in time.

The United Kingdom is well on its way to have completely vaccinated its four priority groups by mid-February. These risk factions include people over 70; workers and residents in elderly care homes, front line health workers, and people with underlying health conditions.

These four groups total 15 million people; but they will all need a second shot in the future while the UK attempts to vaccinate the next groups on their list.

At the beginning of February, 9.6 million people had received the first vaccine dose in the UK. Around 500,000 people had been administered both doses of the COVID-19 vaccine.