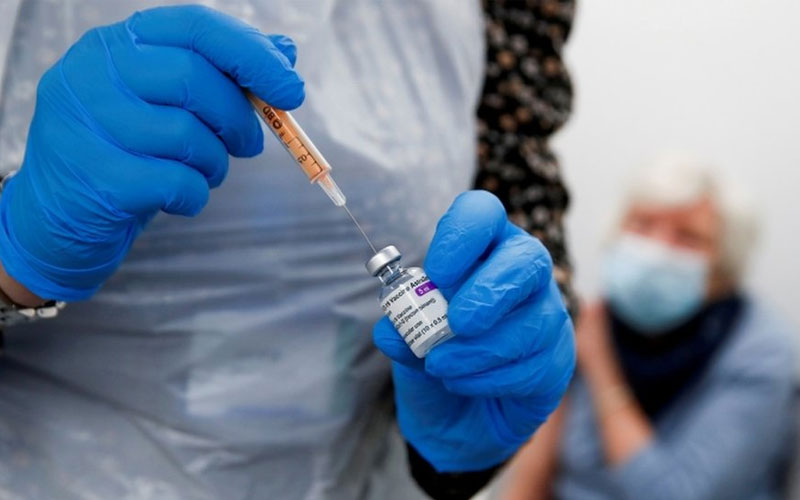 Astrazeneca vaccine drawing concerns: The vaccine distribution throughout the European Union has been underway for weeks. You would expect that Europeans would be excited to obtain a COVID-19 vaccination, but this has not been the case, as some, like the AstraZeneca vaccine, have some concerned.

Though Europeans are eager to get vaccinated, people are selective about which brand of vaccine they want to receive.

The controversy over the COVID-19 vaccination process began in Poland this past week. Poland started vaccinating teachers with the AstraZeneca shot on Friday, but these educators voiced their opinion about receiving a shot that did not live up to Pfizer or Moderna.

AstraZeneca recently became available in the European Union, joining the Pfizer and Moderna vaccine. Studies have shown that there are benefits and downsides to each vaccine, but AstraZeneca has proven to be the least effective.

In Poland, educators complained, but most of the teachers still signed up to receive the AstraZeneca vaccine in hopes that life would soon return to normal. The virus has uprooted the education system in Poland in a similar fashion to schools worldwide.

Ewelina Jankowska, a high school director in the Wilanow district of Poland, made a statement to the press that summed up teachers’ feelings all over the country. She stated, “I still fear the illness more than the AstraZeneca vaccine.”

AstraZeneca has done limited human testing compared to Pfizer and Moderna. The first groups that have been vaccinated worldwide are frontline health professionals, followed by at-risk groups. Countless at-risk individuals are in older age groups, and this is where AstraZeneca has come up short in testing.

The lack of testing on the elderly is why European nations have stated that AstraZeneca should not be given to individuals over 65.

AstraZeneca CEO Pascal Soriot has assured that his company’s vaccine is safe and more effective than nothing. He knows that it’s not perfect, but he has stressed that it will help save lives.

The World Health Organization has revealed that the AstraZeneca vaccine is 63% effective. It’s no surprise that this vaccine has caused disruption because the Pfizer vaccine has shown to be 95% effective. This 32% buffer is scaring people throughout the European Union.

European Union citizens are not pleased for reasons more than the vaccine’s effectiveness. AstraZeneca has been unable to deliver a substantial number of vaccines to the EU, so it’s rare for people to receive this shot currently.

The United States has not approved the AstraZeneca vaccine as well. This has caused panic in Europe because the United States sets the gold standard for global medical practices.

Lastly, it’s proven to be ineffective against the harmful South African COVID-19 variant that’s spreading throughout the EU.

The AstraZeneca vaccine has been delineated as a second-class vaccine. The European Union has not tolerated this thus far.

Get REAL, UNBIASED coverage of the latest political news from our experts at World Politic News. Follow us on Social Media to receive instant updates on the latest changes in political betting odds at Jazzsports.ag