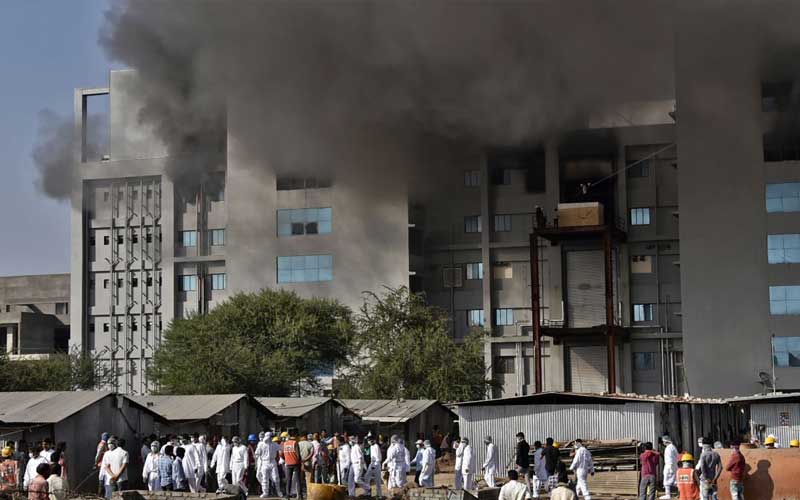 Indian vaccine manufacturer: All over the world; pharmaceutical companies and governments are working hand in hand to get COVID-19 vaccines out to as many people as possible in a timely manner. As has been the case throughout this pandemic, though, setbacks seem to be part of the process. The latest problem occurred in India, when a fire tore through the building of a vaccine manufacturer; leaving 5 people dead.

World politics aside, it is a terrible tragedy; although one that will apparently not halt the production of the vaccine at the Serum Institute of India; which is the largest vaccine manufacturer in the world. Once the fire was successfully extinguished; 5 bodies were found; all of whom are believed to be construction workers who were on site at the time of the blaze.

At this time the cause of the fire is yet to be determined, as is the extent of the damage. One thing that has been made clear by the company is that production of the much-needed vaccine will not be affected. The fire took place in a new building that was being constructed to help increase production volume. The buildings that were already being used to make the vaccine were unaffected by the blaze; so manufacturing will continue even as investigators try to get to the bottom of the cause of the fire.

In other positive news; the blaze also had no effect on the stockpiles of the Indian vaccine manufacturer, which is believed to be in the region of 50 million units. The Serum Institute of India is on contract to make one billion doses of the vaccine created by AstraZeneca; and once the construction of the new building is complete, which may now be delayed, they are expecting to produce anywhere from 1.5 billion to 2.5 billion units per year.

Throughout the world; it is expected that 12 billion units of the vaccine will be produced, with the wealthier countries already on the hook for 9 billion units. It makes sense that most of what The Serum Institute of India makes will eventually make its way to those nations.

Get REAL, UNBIASED coverage of the latest world politics news from our experts at World Politic News. Follow us on Social Media to receive instant updates on the latest changes in political betting odds.