Trudeau sends a message to the trucker protesters in Canada 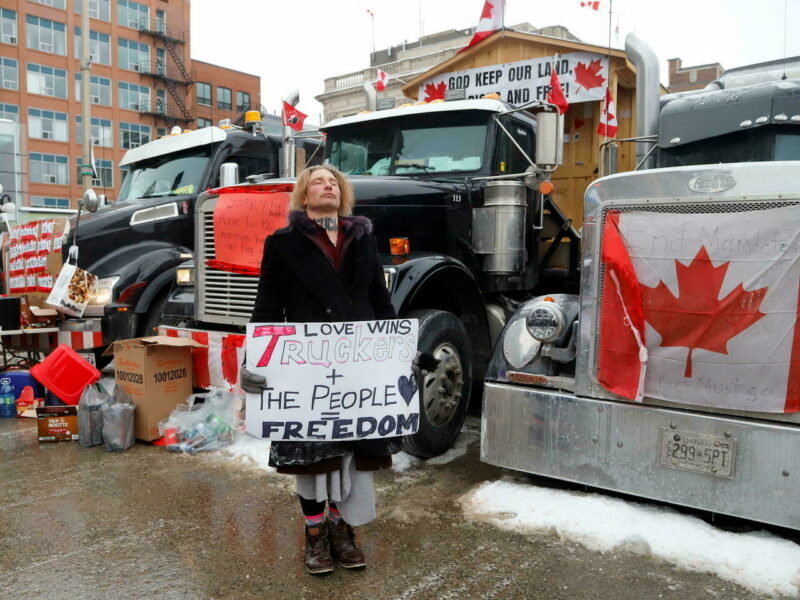 The trucker protesters in Canada are entering a new phase, and this might be a make-or-break moment for the movement. On Monday, Canadian Prime Minister Justin Trudeau has said that it is time to move on.

The Canadian leader has asked the protesters to put an end to the blockade of roads that has disrupted the North American country’s way of life in the past week.

Trudeau went as far as claiming that the protesters are taking the Canadian democracy hostage. The economy has also been affected by what is happening around the country.

The prime minister made the statement in the parliament. This was his first major appearance after testing positive for COVID-19 in late January.

While the trucker protests in Canada have attracted coverage in media outlets around the globe, for some, it is still not clear what is really fueling this rebellion.

What is behind the Canada trucker protests?

Canada is in an interesting situation and has one of the highest vaccination rates on the planet, with close to 80 percent of its citizens fully vaccinated against the coronavirus.

The data does not do justice to the existence of vocal and determined opposition to the policies that were enacted during the pandemic in the past two years.

In late January, the protests began to really gain steam after truckers via the “Freedom Convoy” stormed Parliament Hill in Ottawa to protest COVID-19 vaccine mandates.

The protests in Ottawa led to many incidents, and multiple criminal investigations were launched. They continued after the January 29 peak.

The whole thing started over a vaccine mandate that required truckers entering Canada to be fully vaccinated or forced to deal with testing and quarantine requirements.

The movement grew when those objecting to public health measures like lockdowns, mask mandates, and other COVID-19 related restrictions decided to join forces with “Freedom Convoy.”

Follow us on Social Media for more latest news of the US and news all around the world!