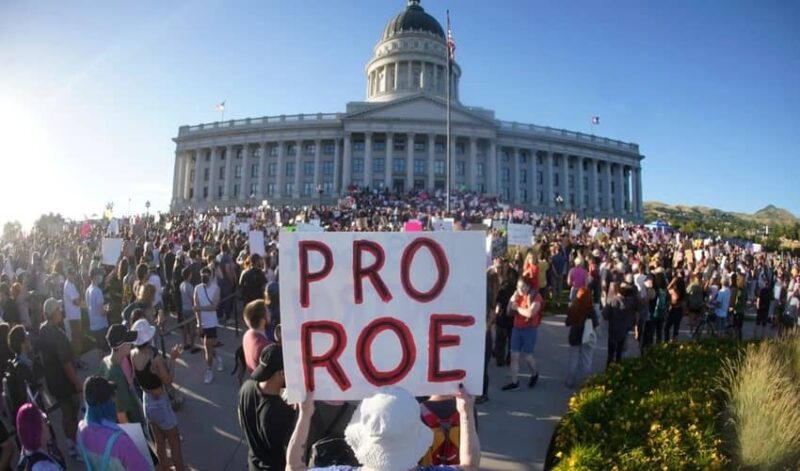 Abortion is back at the forefront of American politics after the Supreme Court decided to overturn Roe v Wade on Friday. The ruling means that abortion is not settled-law at the federal level.

In short, it is up to the 50 states to decide case by case where they stand on this controversial issue.

Most people on the right are applauding the decision and think the Supreme Court should rule the same way on other sensitive issues like same-sex marriage.

On the left and the middle of the political spectrum, some say that the United States should be moving forward, not backward, on social issues.

President Joe Biden is against the ruling and hopes to build support for his party in time for the November midterm elections.

Many states have rushed to ban abortion after Roe v Wade was overturned last week. Some states even anticipated the decision and had their legislation ready to take effect as soon as the ruling fell.

Conservative Utah is one of the first states to do so, thanks to a “trigger law.” At the moment, the state is not planning to prosecute women who seek an abortion in a different state.

Ohio, which had been waiting on this opportunity for three years, made a similar move via a “heartbeat bill.” This means abortion is illegal in the state of Ohio after the first fetal heartbeat is detectable.

Alabama has outlawed all abortions in the state unless the mother’s health is at risk. Rape and incest are no valid reasons to get an abortion in Alabama.

Arkansas has also adopted a similar posture. In total, 13 states have banned abortion or plan to do so in the near future.

As red states move to ban, the blue ones are heading in the opposite direction.

As the right moves further to a hard line on abortion, the left is vowing to fight back. California, Washington, and Oregon are three states that plan to stand up for abortion rights.

Those states all have Democratic governors. Moreover, Muriel Bowser, who is the mayor of Washington DC, calls it “a pro-choice city.”

New Mexico is another state that is determined to defend abortion. Those moves might not stay in the

In the face of daunting challenges with soaring inflation and challenges at home and abroad, the Democratic Party has finally found a topic to go on offense for the midterm elections in November.

Public polls have shown that the American electorate is mostly against restrictive abortion laws.

However, it is unclear whether this will be enough to counter the narrative around gas prices and other economic issues.

If voters back Democrats in November, Congress may be able to pass laws that will codify abortion at the federal level.

However, a Republican victory may put the right to choose on even shakier ground.

One thing is clear; the battle is going to be fierce because both sides see this year as a major turning point.