RECORD OF COVID-19 CASES IN TOKYO SINCE OLYMPICS STARTED 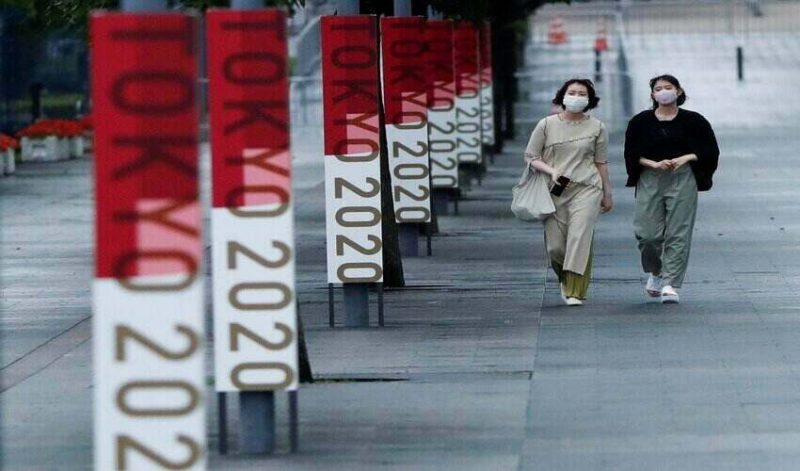 Currently, there is a record number of COVID-19 cases in Tokyo since the beginning of the games. The city reported 2,848 new cases, which broke the previous record of 2,520 cases from January 7. There have now been over 200,000 cases since the pandemic began.

The general population in Tokyo did not want the Olympics to run in the country. There were discussions amongst the International Olympic Committee to cancel the games, but the nation gave the clearance to keep the games on as scheduled.

The pandemic already pushed the Olympics for a full year, so if they did not occur in 2021, there was a chance that things would not have happened. The games have taken a toll on the country, even though no spectators are allowed at the games.

COVID-19 Cases in Tokyo | Details of the Outbreak

Prime Minister Yoshihide Suga told people to avoid non-essential outings. This is not hard because bars and restaurants have been limited since the games. There are no spectators either, so locals have no reasons to travel to the arenas.

The positive news is that Suga said there is no reason to cancel or suspend the games. This is the fourth state of emergency in the country, which will continue to be in effect through the Olympics.

When the Paralympics begin in late August, it’s expected to be lifted. However, there are already concerns about the Paralympics after the surge of cases from the Olympics. The main problem is not COVID-19 in Japan.

The Delta variant is what’s causing fear in the country. This strain has been running rampant throughout the world, and it could spread through the games.

Delta Variant is Not Canceling the Games

The Olympics began last Friday, and they are a two-week event. Suga has confirmed that he is not prepared to tell the IOC to suspend the competitions.

“There is no worry about that. People have been moving about less since the Games started because of traffic controls and the government’s request that they work remotely. Please watch the Olympic Games on TV at home.”

Nevertheless, do not be surprised if this ruling changes if the virus continues to spike. Suga’s approval rating has declined to 30% because citizens did not want the games in the city. Additionally, the people who wanted the games were not given any festivities in the city.

This was a lose-lose situation for the Prime Minister, and now his own Health Minister is critiquing his actions. Health Minister asked if the Olympics caused the spike.

“Taking into consideration the global acceleration of infections because of the delta strain, which is taking over earlier variants, it was quite possible.”

Bars have continued to serve alcohol despite the state of emergency, which is punishable. Although, the hospitality industry has been damaged, so restaurant owners have not cared.

Additionally, the summer travel season has caused an uptick, so the combination of this and the Olympics has been rough. Only 25.5% of Japan has been vaccinated, which has a minimal effect on the safety of the population.

Get REAL, UNBIASED coverage of the latest political news from our experts at World Politics News.
Follow us on Social Media to receive instant updates on the latest news.