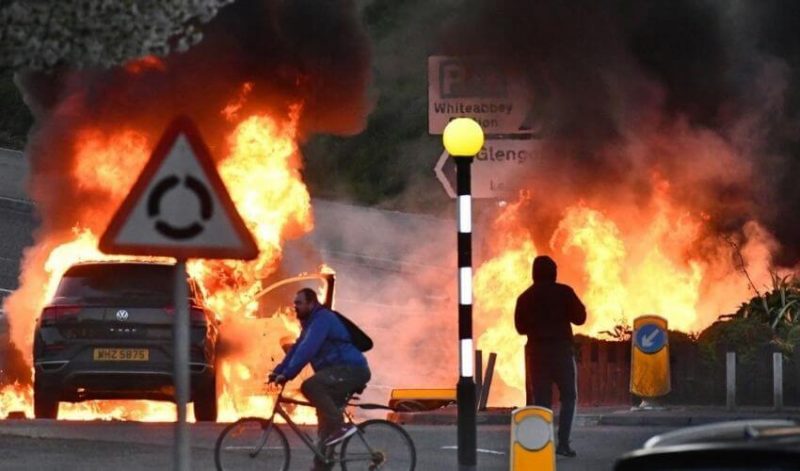 There has almost been a week of ongoing violence and riots in Northern Ireland. The United Kingdom has removed itself from the European Union through Brexit, and people are not happy in Northern Ireland. This anger was compounded by the decision by police to not prosecute the leaders of Sinn Fein, an Irish nationalist party, for breaking COVID-19 restrictions.

On Wednesday, riots continued to destroy parts of Northern Ireland and Belfast. Angry rioters were throwing gasoline bombs, bricks, and lighting parts of the city on fire. Seven police officers were wounded on Wednesday in West Belfast.

At first glance, it does not make much sense why people in Ireland are angry with the country’s leadership. The Northern Ireland executives are meeting on Thursday to figure out a way to combat the violence.

These riots are detrimental, so an outsider may not understand the turmoil that is occurring in the nation. Let’s take a deep dive into why people have been burning Northern Ireland to the ground for nearly a week.

Why Are the Riots Occurring?

The new trade relationship has limited the food supply and slowed online orders.

The trade situation just magnified this anger that was already present. Unionists in Northern Ireland have joined forces with the Loyalists.

Unionists were happy to leave the European Union, but they do not like the new trade agreements with the UK because it has affected the entire country. Everyone wants Northern Ireland to join the Republic of Ireland again and retake its place in the United Kingdom.

The Northern Ireland government has stated that they understand the anger, but violence should not be the answer. Unfortunately, it does not appear like the violence will stop until Northern Ireland rejoins the UK or a change is made to the trade relationships.

On Wednesday, a bus was set on fire in Belfast. If the violence is not fixed, there will be deaths from these protests. However, the violence is expected to continue throughout the rest of the week, which will take the length over a week in duration.