MORE THAN 30 DEAD IN GAZA BY ISRAELI ATTACK 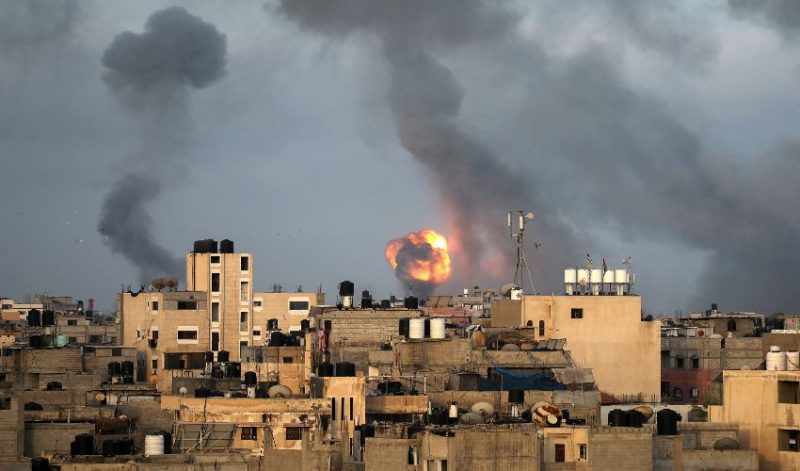 Tensions between Israelis and Palestinians have risen further after Palestinian rebels in Gaza fired hundreds of rockets into Israel; prompting Israel to respond with increased airstrikes on the coastal enclave, as violence spread beyond Jerusalem’s borders as a result.

Sirens could be heard warning of an imminent attack around 3 a.m. local time when rockets were fired. Eventually, it was unclear if there were any injuries at the time.

According to Palestinian health officials; Israeli bombing raids in Gaza have killed at least 35 people, including 12 children, and wounded at least 220 others as of Tuesday evening. Military of Israel said that more than 15 militants were killed.

A call for calm between Israel and Palestine

US President Joe Biden has received a briefing from his national security adviser on the ongoing violence between Israelis and Palestinians, White House press secretary Jen Psaki said Tuesday.

Presidet Biden had directed his team to “engage intensively” with Israeli and Palestinian leaders, he said:

“His team is communicating a clear and consistent message in support of escalation, In fact, that is our primary focus. The President’s support for Israel’s security, for its legitimate right to defend itself and its people is fundamental and will never waver.”

United States officials have “spoken candidly” with Israeli officials about the eviction of Palestinians from East Jerusalem, Jen Psaki said; saying they worked against shared interests of reducing violence.

Get REAL, UNBIASED coverage of the latest political news from our experts at World Politics News.
Follow us on Social Media to receive instant world politics updates.