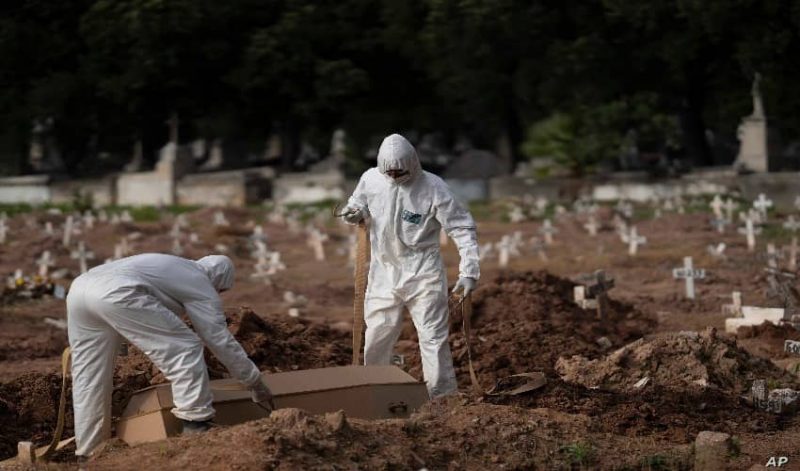 COVID-19 news has been dominant in India because of the lack of vaccines and the number of deaths in the nation. However, other areas of the world are still struggling with the deadly virus. Latin America recently reached a significant milestone for COVID-19 that no country wants to claim.

More than one million COVID-19 deaths have been reported in Latin America and the Caribbean as of Saturday. Johns Hopkins University collected the data.

Latin America has struggled with the virus, but there has not been enough support in the region. Latin America constitutes 8% of the world population, but the deaths represent 29% of global COVID-19 fatalities.
The United States may be moving on from the pandemic, but statistics like this from underdeveloped areas demonstrate that COVID-19 has not been eliminated.

“This is a tragic milestone for everyone in the region. This pandemic is far from over, and it is hitting Latin America and the Caribbean severely, affecting our health, our economies, and entire societies.”

Brazil has achieved the highest number of deaths in Latin America. The country is approaching 500,000 deaths. Health officials have reported the second-highest number of COVID-19 deaths behind the United States at 589,000.

Brazil accounts for 44.5% of the deaths in Latin America. Mexico follows Brazil, but their numbers are not as high. The country has over 220,000 deaths which is the fourth highest in the world.

The United States Centers for Disease Control has advised all Americans to not travel to the region even if citizens are vaccinated. The country has the highest travel advisory possible by the CDC. However, Mexico does not seem as concerned as the United States.

Mexico uses a stoplight system for advisories. Leadership in the country did not rate any of the states in the nation as red, which is their way of saying do not visit this area between May 10 and 23.

Lack of Vaccines in Latin America

The vaccine problem in India could be worse. Only 3% of people in the region have been vaccinated despite the substantial COVID-19 death numbers. The PAHO reported this on Friday before Carissa F. Etienne spoke to the media.

Etienne gave her reasoning for why the vaccine has been so limited in Latin America. The region has such a high demand for medical supplies that there have not been enough funds for sufficient vaccines.

Latin America only produces 4% of its medical products, so these purchases have come before the vaccine. Latin America has been dependent on producing nations for over a year, so the funds have dwindled immensely. Medical product prices rose greatly during the pandemic, which has put pressure on developing countries.

Etienne also gave her solution to the pandemic.

“Expanding our regional capacity to manufacture strategic medical supplies, especially vaccines, is a must, both for our people and as a matter of health security. We urgently need more vaccines for Latin America and the Caribbean, a region that has been put to the test by this pandemic.”

Get REAL, UNBIASED coverage of the latest political news from our experts at World Politics News.
Follow us on Social Media to receive instant updates!