INDIA IS NOT OUT OF THE COVID-19 PANDEMIC 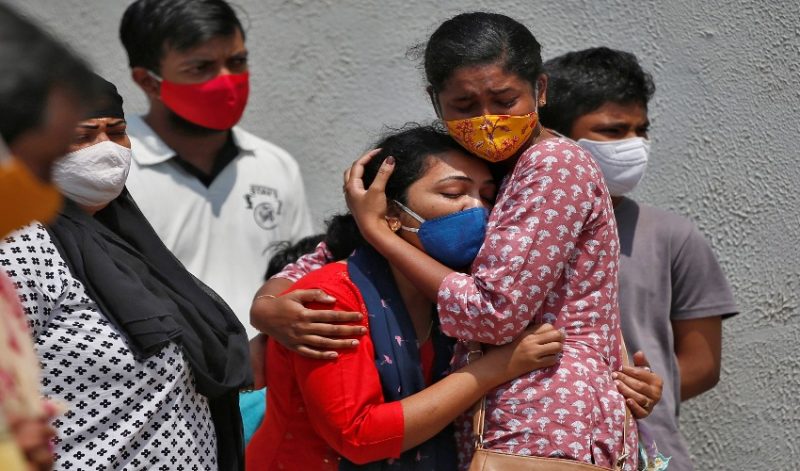 In numerous countries, people are moving past the COVID-19 pandemic. This is especially true in parts of the United States, where some states are beginning to lift mask mandates. Vaccine rollouts have been in full effect throughout the developed world, but some countries are still lagging.

Indian recorded the world record for one-day surges in COVID-19 cases on Thursday. There is a new wave of infections sweeping through the countries, and hospitals are beginning to overflow. The lack of medical support has caused an increase in deaths as well.

The United States held the previous daily surge record from December 21st when there were 314,312 infections. India narrowly edged this record on Thursday with 314,835 new cases. This is not a record any country wants to have, so India is calling for help to shut down this new wave quickly.

India has looked like a large crematorium as of late because of the virus. Citizens of India posted on social media on Thursday begging for help from the world. The country is short on hospital beds, medicines, vaccines, and COVID-19 tests.

The developed world is beginning to return to some level of normalcy. India is developed in some areas, but most of the country is severely underdeveloped. Infantile countries have struggled because of a lack of resources.

Developing countries are desperate for resources, and India needs them soon, or the spike is not going to stop.

Number of Cases in India

India has acquired 16 million cases of COVID-19, which is the second most globally. India is home to the most prominent vaccine manufacturer, but they do not have enough shots for their 1.3 billion people. The rich have been able to get vaccinated in India, but this is not enough to stop the pandemic in the nation.

Indian citizens appeared to think that they were removed from the worst of the pandemic. Social distancing and mask-wearing have dropped significantly. There have also been more religious festivals occurring, which has caused the virus to spread.

These festivals have occurred without precautions, and it has destroyed the health status of the nation. The social activities in the country appeared to be beneficial because the economy has started to recover.

As the economic state of India approved, people became more social and went back to a regular routine. The recession in India during the pandemic set a record, so this new surge is bringing back bad memories of the start of the virus outbreak.

The new wave in India has been more lethal than any other spike in the past year. This has been surprising, and health experts are trying to figure out how this could happen.

There have been 185,000 deaths in the country, and this new spike could cause the figure to approach 200,000. India has administered 132 million COVID-19 shots, but this is not making a dent in the country.

The COVID-19 vaccines require two shots, and India is the most populous country in the world. Only 4.8% of the nation can be vaccinated with 132 million vaccine doses.