China and Taiwan: invasion threat rises as US take a stand 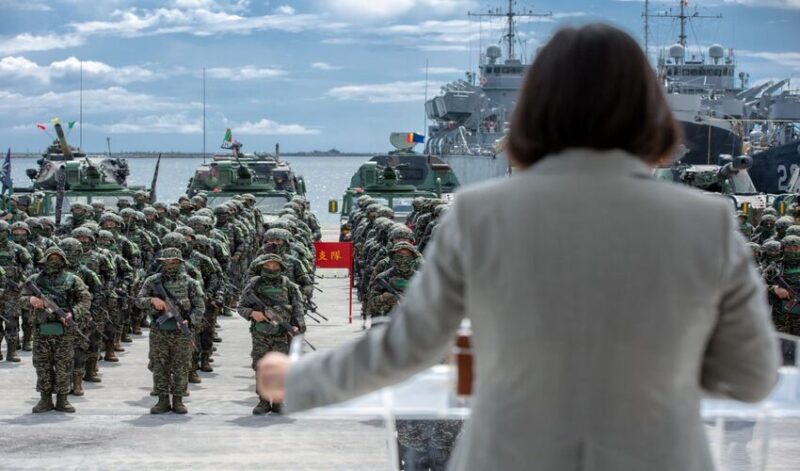 The tension between China and Taiwan is not going down, and some fear this is just the beginning. Beijing is still angry over the visit of US House Speaker Nancy Pelosi to Taiwan last month.

The Asian superpower has been conducting massive war drills near the island to retaliate. China is also upping the ante in the way its officials address the situation publicly.

China is threatening to punish those pushing for an independent Taiwan. The officials are directing some of the harsh language and tone to the United States for supporting a free Taiwan.

The tense reality has some wondering if China is getting ready to invade Taiwan.

President: Xi Jinping and his forces have shown more presence near Taiwan in the past few weeks. Some Chinese drones have even entered Taiwan’s air defense zone.

The different military drills have put Taiwan on alert as people try to lead a normal life. The threat of the Chinese invasion of Taiwan has been going on for 70 years. Most Taiwanese refuse to be part of China and have learned to live with the threat.

Beijing is constant in its messaging regarding Taiwan. According to the communist nation, Taiwan is part of Mainland China. Chinese officials say that force might be necessary to make sure that Taiwan falls in line.

Pelosi’s visit was a problem because it gave the self-ruled island some legitimacy on the world stage. This is something that China cannot allow to happen.

The politician from California is the highest US official to visit Taiwan in close to 25 years.

Taiwan President Tsai Ing-wen said this week that her country is now more mature in terms of the military. She also claimed that the Taiwanese military would respond to the Chinese aggression with calm.

In response to China’s aggressive behavior, Taiwan is also holding a two-day military drill to increase readiness. Tsai said she is very proud of the courage that her country’s military is showing in the face of some enormous challenges.

Experts believe that Taiwan has a decent amount of military equipment. However, Taiwan is not on the same level as China. That is the reason the US and the rest of the Western Alliance could play a crucial role if China decides to follow suit on its threats.

The US and Western allies stand with Taiwan

China is not happy about the US meddling in the situation in Taiwan. However, other allies are also showing their support for a strong and independent Taiwan.

On Wednesday, some French lawmakers visited Taipei to back the cause of freedom. This is the fourth time French politicians have done such a thing in the past twelve months.

Other European countries have also done the same. With Pelosi and the moves from European politicians, it is clear that there is some kind of commitment to Taiwan from the international community.

However, it is not clear the support would translate into a strong military defense of Taiwan in case of an invasion like with Russia in Ukraine.

Don’t forget to check the U.S 2024 Presidential Election Odds. Follow us on Social Media for more about China and Taiwan updates.